Obama Heads to Midtown for Speech at Al Sharpton’s Gala 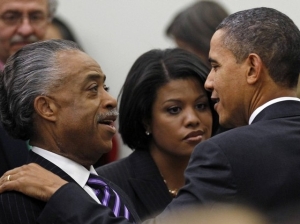 A week after holding a fundraiser in Harlem, President Barack Obama is coming back to Manhattan Wednesday for a brief visit to Midtown that could wreak havoc on the evening commute.

Obama will arrive at JFK Airport at 5 p.m. and immediately make his way to the Sheraton New York Hotel on Seventh Avenue between West 52rd and West 53rd Street for the Rev. Al Sharpton’s annual National Action Network Keepers of the Dream Awards Gala, according to his public schedule.