Hot Bistro is Coming to Harlem

If the international jet set and the city’s multi-millionaires ever decide to venture beyond their favorite Upper East Side French bistro, Le Bilboquet, they will soon have a new place to go — in Harlem.
Cedric Lecendre, Bilboquet’s general manager and the nephew of its owner, Philippe Delgrange, has signed a lease for the eponymously named Cedric, which is slated to open in June.

While not exactly what you would call a local restaurant, “it will be for people who live in the neighborhood,” said Lecendre, a Harlem resident.

Cedric’s is just the latest Upper East Side outpost to open in Harlem.

In December, Marcus Samuelsson — the Ethiopian-born, Swedish-raised chef who made his name at Midtown’s Aquavit and has cooked for President Obama — opened Red Rooster at 310 Lenox Ave.

Some downtown chefs will soon be a short stroll away from fresh farm food.

Today, the city’s Parks Department is announcing the opening of a one-acre urban farm at Battery Park. Chefs with restaurants in the area can plant there, while students and volunteers will tend the produce.

Food Network star Wade Burch — the chef at SouthWest NY in Battery Park City and Neely’s on the Upper East Side — is set on heirloom tomato seeds from the Southern Exposure Seed Exchange, and Chef Zak Pelaccio of Fatty Cue will also be involved in the project. [NYPost]

Obama Heads to Midtown for Speech at Al Sharpton’s Gala

A week after holding a fundraiser in Harlem, President Barack Obama is coming back to Manhattan Wednesday for a brief visit to Midtown that could wreak havoc on the evening commute.

Obama will arrive at JFK Airport at 5 p.m. and immediately make his way to the Sheraton New York Hotel on Seventh Avenue between West 52rd and West 53rd Street for the Rev. Al Sharpton’s annual National Action Network Keepers of the Dream Awards Gala, according to his public schedule.

Obama to Headline Fundraiser in Harlem 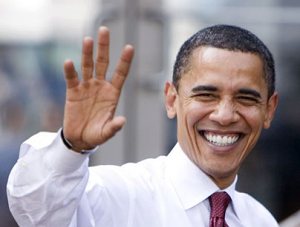 President Obama will visit Harlem Tuesday for a fundraiser that’s expected to take in $1.5 million for the Democratic National Committee.
Obama will preside over a $30,800-per-person event for about 50 people at the acclaimed Red Rooster restaurant on Lenox Avenue, reports the Daily News.

It’s his first visit to Harlem since being elected to the White House and his first fund-raising event in Manhattan north of 125th Street.

“It’s the first African-American President back in Harlem for the first time since the campaign,” Kevin Wardally, a Harlem-based political consultant, told the paper. “It’s a powerful symbol.”

Local officials told the Daily News that the president was wise to finally host a fundraiser in Harlem.

“It’s not like he’s a stranger to Harlem — when he was a student at Columbia, he used to work these streets all the time,” said Assemblyman Keith Wright.

“I think it probably costs a lot of money to run for President,” said Wright, who had no problem with the event’s cost. “It’s good that he’s coming.”

Although this is Obama’s first fundraiser in Harlem, he’s a veteran of Manhattan’s money circuit. New Yorkers gave his 2008 presidential campaign more than $42 million according to federal campaign finance records.

Six of the top 10 zip codes that gave to Obama were in Manhattan, records show. Harlem residents gave his presidential campaign $785,000. 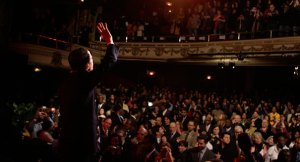 President Barack Obama is coming to New York City later this month to raise big bucks at a DNC fundraiser and hold a “thank-you” reception planned in Harlem, an important base of support for the president as the 2012 campaign takes off.

According to two invitations obtained by POLITICO, Obama will hold a small, six-table, high-dollar fundraiser at the Red Rooster Restaurant on Lenox Avenue. The restaurant is the brainchild of chef Marcus Samuelsson, who prepared the first White House state dinner in 2009.

The donation for the dinner is $30,800 a head, with funds going to the Democratic National Committee.

Later that evening, the president will attend what’s being billed as an an invitation-only, “Thank You Reception with President Obama,” at the Studio Museum on 125th Street. The DNC isn’t planning to solicit donations for that event.